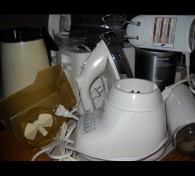 Five-hundred-thousand screaming InterWorld Football League fans undulated in the two-kilometer-long stadium, like windblown grass—waves into waves, around, and up-and-down: waves not colliding with, but passing through, each other. Lights bright as mini-suns blazed in multiple arcs across the domed ceiling. Announcers squawked and the team bands blared. Melba, a sleek chrome-and-red cyborg defensive tackle, tuned it all out. She was a cyborg player’s player, sometimes wearing her full football mech-gear (which went on over her cyborg body) around the house, feeling naked without it. She lived and breathed football.