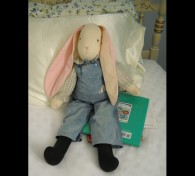 It hit magazines and newspapers around the world which, for weeks and months prior, had printed fewer and fewer pages until none went to print that day at all. It hit television stations which, for years, played fewer and fewer new shows until prime time was nothing more than reruns. Family discussions around the dinner table had become so infrequent it was almost unnoticed when everyone finally fell silent. Blogging ceased. Tweeting stopped.