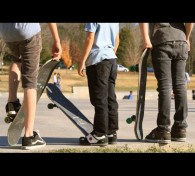 Apples skittered across the kitchen floor and more were still dropping. From the ceiling it looked like. They were beautiful Golden Delicious apples. Only one could fit in Ash’s palm, and they were tinged with a blush of pink. There were no worm holes or bruises visible although they had hit the floor with enough velocity. Thunk, thunk, thunk.

The rain of apples ceased.

He gathered the apples and set them on the counter. If he had had his choice of fairies, he wouldn’t have picked an apple fairy. But the house came with one and that was that.

Ash rarely saw her. Generally she only lobbed apples when he asked, but being a fairy, sometimes they came whenever she was feeling playful.

Ash liked apples, but he gave bunches away, and when his co-workers or family or friends saw him coming now, they disappeared faster than the fairy could.

Cousin Trevor had a money fairy. Everyone loved it when Trevor visited. Lucky son of a bitch. Why couldn’t he have crisp tens and twenties fall in a soft swish all around the kitchen?

Thunk. One errant apple fell to the floor and rolled and bumped his foot.

That was her name—Brandywine. Brandywine was a variety of crabapple, but whatever. Guess she wasn’t keen on being called Granny Smith. Thunderchild would have been more apt. Another crabapple variety. It really wasn’t a rain of apples, but a thunder of apples.

Ash had made apple pie and apple crisp and apple cobbler and apple bread and applesauce and froze some and then balked at the idea of canning. What if he got botulism?

He looked into the living room. Great. Brandywine was making an appearance. She was the height of a short woman or a tall girl and she dressed in reds and greens and golds, and her hair was gnarled wood brown. She was cute with red-apple cheeks and cider-colored eyes and she smiled a lot. Like all the time.

“How can you tell going through the channels that fast?”

She rolled her eyes in response.

“Do you have any more of those Fuji apples?”

“I can’t eat this many apples.”

“An apple a day keeps the doctor away.”

“Only because he won’t take any more.”

Ash thought of plums raining down in wet, purple splats. He shuddered.

“Why don’t you sell them?” she asked. “Your job hunting doesn’t seem to be going so well.”

“How come my cousin Trevor gets the money fairy?”

“You mean Fairia? She is such a snob. I can’t stand her. And anyway, you get whatever fairy you need.”

Ash frowned. “I had an overwhelming need for apples?”

Brandywine shrugged. “You moved to this house.”

“Yeah, because the bank took my old one.”

“See. Necessity is the mother of invention.”

“Do you have any more proverbs you’d like to spout at me?”

“If fairies give you apples, make apple pie.” She smiled, and in a burst of light, disappeared. Fairies were so damn annoying.

Then three apples fell to the floor. Actually, they floated to the floor with a brilliant light beaming around them. They were gold colored like coins, and they quit glowing but still glittered.

No answer came and he walked around the house, but Brandywine was still gone. Ash placed the golden apples on the counter.

They felt and weighed in his palm like real apples. They weren’t metallic or wooden or plastic. He slid a thumbnail along the skin and his nail slid into the yielding flesh. Holding his breath, he got a knife and sliced the apple in half. A soft buttery glow emanated, then slowly faded. The flesh was white, like marble.

Thoughts whirled fast through his brain like falling leaves. It had to be good, right? It wasn’t like fairies try to kill humans. But they did like to play tricks. This was a trick, right?

The aroma from the cut apple ascended to his nose, and it not only smelled of apple and crisp sweetness but also of sun-drenched cut grass and honeysuckle in the evening and roses and sheets drying on the clothesline. It smelled of summer.

Ash picked up a slice and took a bite. He closed his eyes, and he saw the house he had grown up in—an old renovated farmhouse in Iowa, and he saw the front lawn rolling green and acres of corn tasseling out beyond the house, and he saw himself and his brother running barefoot and shirtless across the lawn, firing water guns at each other.

He opened his eyes to the cramped rental he lived in now. The one he had to get after the bank foreclosed on his little house that he had put back together. The one he had shared with Suzy until she ran off with a lawyer.

Ash took another bite. A bead of juice lingered on his lip until he flicked it back in his mouth with the tip of his tongue. Closing his eyes again, he could see his dad and his brother and his younger self up on ladders picking apples in their ten-tree orchard: Golden Delicious and McIntosh and Granny Smith and Jonathan. They placed them in cloth sacks, then placed them in the back of the truck. He’d always loved picking apples even though they all would be so sick of them by the time they got done.

And Dad. There was Dad, a young Dad with mostly dark hair and a few wrinkles, smiling and joking with them as they picked. Not Dad now: frail Dad with his mind slipping fast through the cracks in his brain.

Ash’s eyes popped open. Brandywine sat on the counter, her jean-clad legs swinging. “What are these?” he asked.

“Time travelers. You see what you need to see in your past. They’re pretty powerful so don’t eat too much at a time.” She spun one of the apples and it shot light out like a disco ball. “Don’t give these to anyone. These are yours. Find that boy you were. You know, the one that believed in himself? That one that had hope?” She smiled and blinked out.

Ash still had the half slice in his hand. He took another bite.

Tory Brannigan has had a few short stories published by online magazines such as Sorcerous Signals and The Greensilk Journal. She also had a story published in the anthology, Greek Myths Revisited.

WHY WE CHOSE TO PUBLISH A GOLDEN APPLE A DAY:

Nothing in this piece is predictable. Tory Brannigan immediately drops the reader into her story with tight, effective prose and spot-on dialog. The whimsical opening flows smoothly into a brilliant character study that takes us to an unexpected and well-wrought ending. Note the turning point of this piece halfway through:

“Why don’t you sell them?” she asked. “Your job hunting doesn’t seem to be going so well.”

This is how one writes good short fiction.

THE EXONERATION OF DAVID MCCRAE by Branden Johnson

A GOLDEN APPLE A DAY by Tory Brannigan

AND THEN THERE WERE THREE by Judith Field

THE WINGS OF A BIRD by Noeleen Kavanagh