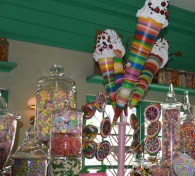 “There is no one
Quite like me,
Even one, unlikely…”

Dr. Hubba Hubres sang; not hummed or droned, but filled up his broad chest with the steam of hot shower and roared with all his might.

“Why are you such a god,” he remarked, lovingly gazing in the mirror and pinching a hair fallen out of line on his trim eyebrows.

Outside, Mrs. Bubbles Hubres waited with a starched collar in one hand and glistening black shoes in the other.

“A very good morning, Hubba dear,” she mumbled, helping him step into his trousers.

“Capital, indeed! And yours?”

Bubba tried to smile as she stepped on a stool to make a Windsor tie-knot for him. But all the poor thing could manage was a grimace.

“Hurts, still, does it, the darned thing? The medications haven’t relieved, have they?”

All she could do was shake her tousled locks. “The throbbing returns as soon as the effect of painkillers goes.”

“Alright, to the dispensary we must then. I must overlook a luncheon date with an important client.” Dr. Hubres had no such date, today, or the next day, but he wasn’t one to be bothered with unnecessary details. His world was sunlit perfection that did not need judging.

“So kind of you, darling. But the public dispensary… it’s so dirty… and the staff, they’re so rude. Can’t we go to one of those nice, big, glass-fronted private clinics?”

“My insurance cover doesn’t seem to cover extractions, I am afraid, Bubba dear, only in-situ repairs and recoveries.”

“But you are a doctor, Papa. Can’t you cure her,” asked Tubby Hubres, barely six, already the sweet, round apple of the Hubres’ eyes.

“Watch that tone, young sir. Harbor no misgivings whatsoever about your father’s acumen. I’m doing the best I can, but dentistry happens to be a little out of line for my specialty.”

“What is a misgiving, Papa – and what is your line?”

Dr. Hubres wondered how to explain difficult adult-world things to the inquisitive jackanapes. Lindsey Murray, his sales supervisor, on reading one of his reports had once warned him never to use words like absquatulated, festinated, and atrabilious and the kind. These were tumescent, humongous, and mind numbing devices, she’d said. But what to do – Hubba had inherited a large library from a grandmother suspected of being a fascist writer on the quiet. Letters made the man, Hubres believed, but large words made a great man.

“A misgiving, Tubba dear, is a doubt, a niggle, a tergiversation. And my line of medicine is…” his voice trailed as his mind threw back to some ten years ago.

While selling shiny, recycled bicycle parts to horse and buffalo riding Quapawchee Indians in the Chaubunagungamaug Reservation, he’d managed to cure Indian Chief, American-Horse Sioux, who lay in great agony in his colorful teepee, dressed in full eagle-feather war bonnet, ready to hand the baton over. The man had such a terrible shaking that Hubres knew he had Malaria; parting with his personal stock of quinine had saved the man. Hubres had gone on to emptying his entire first-aid box of antibiotics among the immediate family of the Chief, curing them of sneezing, heebie-jeebies, tickles and niggles and whatnots. He’d earned the epithet of “Doctor” from the tribe, and somehow it’d appealed to him, and the title had stuck. “Contingency – contingency medicine is my line, Tubba,” Hubris replied. His only regret lay in that he hadn’t been able to serve humanity better with his latent skills in medicine.

“How does one make out which one is which?” Dr. Hubres profoundly observed, while scanning the two X-ray reports of his wife. She had toothaches in the second molars of both sides, and both needed extraction. He went into deep meditation for a while and then slapped his thighs and rose from his sumptuous breakfast of hash browns, honey-dripped waffles, bacon, eggs, and toast.

“Come with me, honey, we shall visit the tooth fairy,” he said, crimping his pencil line mustache. “Dress fittingly, dear, for we be visiting the best dentistry money can buy,” he added, listening to the comforting jingle of loose change in his pocket – for his wallet was quite empty.

He collected her X-ray reports, nay one of them only, his checkbook, and kick-starting his flea-bitten, nay time-honored Lambretta scooter, with her hanging on to him for dear life, set off for Britesmile Studios.

He showed the attendant Bubba’s left tooth and the X-ray and asked her to have the molar expurgated.

“I mean remove it,” said Dr. Hubres flatly, pocketing the X-ray, and crossing his arms across his chest and looking down his nose at her.

“Oh, that we do. Dr. Fang will be with her presently, Sir,… would you like to help yourself to some refreshments while you wait?”

Linda, the leggy attendant slipped her arm through his and guided him to the counter where a lavish spread of Jujyfruits, Jolly Ranchers, Juicy Jay’s Super Sticky Candies, and Jawbreakers awaited his indulgence.

“Sure, thanks,” he said and waited for her to leave. As soon as she’d gone, Dr. Hubres filled up his pockets with the goodies, which he meant to treat Tubby with. He slipped off his shoe covers and filled up those too. He walked out and hid the candy in the storage compartment under the seat of his scooter, and then came back in to wait.

Mrs. Hubres was out in less than thirty minutes, her hand pressed to her left side. Dr. Fang personally showed her out and greeted Dr. Hubres. “She will be fine. Bring her back in a week’s time – we’ll see how the wound is healing, and we can discuss an Implant.”

“Why not,” Hubba beamed at him. He paid for the procedure at the Reception with a check. He knew he had no balance in the bank, but between today and Monday, there were two bank holidays, enough for him to make arrangements before the check bounced.

“Did they take good care of you?” he asked Bubba. “Was it my money’s worth?”

She nodded and blew him a kiss with her spare hand. Her dove eyes expressed gratitude and admiration for her generous husband, and that look alone made his day.

“They forgot the second tooth,” she gestured to him in sign language at home later that day.

“Don’t worry, they only do one extraction at a time, otherwise they won’t be able to stop the bleeding,” he told his trusting wife.

On Monday morning, as soon as the clinic opened, Dr. Hubres walked in with his wife, and telling her to wait in the lounge, asked to see Dr. Fang urgently.

“You took out the wrong tooth,” Hubba accosted the dentist straightaway. “Look at this X-ray – it’s of the right molar,” he said, showing him the other image, which he’d left home on Friday.

“What the –! Linda – in here, now,” the doctor yelled, sweat beginning to rise on his temple.

Linda and Dr. Fang huddled in heated discussion, and then Dr. Fang turned to Hubba. “Are you sure this is the X-ray you showed Linda?”

“Absolutely certain – it was a perfectly healthy tooth that you extracted.”

“We would like to take an X-ray in our lab of the right side.”

Dr. Fang couldn’t have taken an X-ray of the left molar to prove it was also bad – the tooth was already gone, pocketed by Dr. Hubres who’d wanted to save it for the tooth fairy. The X-ray of the right molar clearly showed up a badly decayed tooth, beyond all saving.

“A mistake has been made, a grievous error,” Dr. Fang apologized. “And to make up for our fault, we would like to offer Mrs. Bubbles a completely free implant and future care on both sides.”

Dr. Hubres hummed and hawed, and then said, “I am inclined to press charges, but will desist from doing so, because I’m sure you will fire the lovely young lady here. I accept your offer, on one, nay two conditions.”

“One, you don’t sack Linda here. And two, there’s a nice little flier your receptionist handed me about a cruise trip you are offering around Alaska in December. I might consider that as a just atonement – after all we are all good Christians, and the Christmas spirit is truly come upon us.”

“But the cruise is a conditional offer – a sales gimmick – to tell you the truth!”

“Have it your way then. My lawyers shall be in touch with you.”

“You have my word – from one doctor to another,” said Dr. Hubba Hubres, vigorously pumping the other’s hand, and sealing the covenant, as he’d once done with Chief American-Horse Sioux.

She has a number of published works, novels, as well as nonfiction work, which includes essays on Bollywood, and commentaries on Sikh scriptures.

Her short stories have appeared in Romance Magazine, Under the Bed, Nebula Rift, Aerogram, and Mulberry Fork Review.

She lives near the sea in Kutch, India.

WHY WE CHOSE TO PUBLISH “A Tooth Fairy for Bubbles”

This whimsical piece caught our attention from the beginning with its charming language. We loved the characters, and the ending, where Dr. Hubres pulls out his best con-artist strategy, brought smiles to us.

This is Nidhi Singh’s second publication with us, and it is every bit as delightful as her first, “The Fugwheel of Floeness” in the January 2016 issue.

7 comments on “A TOOTH FAIRY FOR BUBBLES by Nidhi Singh”

THE UNEVEN ZEN OF TIME by Jay W. Squires

A TOOTH FAIRY FOR BUBBLES by Nidhi Singh

THE BIRDCAGE by Tyler Marable

A LIFE STORY by Wayne Scheer

A SUICIDE NOTE by Matt Hollingsworth