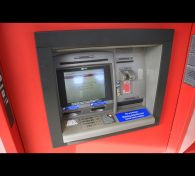 Brigid and I dated in college. Fiery-red hair matched her commitment to the marginalized, and she’d drag me to support rallies.

“Craig,” she said, “our duty is to fight injustice.”

I responded with a long sigh. “Most people are indifferent to these struggles. You’re like Sisyphus, pushing a stone to no end.”

She rolled her eyes. “Is this what your existentialism course taught you?”

I shrugged agreement. “In a meaningless world, the fundamental question is suicide. Is life worth living?”

Cocking her head, she asked, “What have you decided?”

She smiled. “Then, let’s go.” As we walked, she said, “You should’ve studied Camus’s philosophy more carefully. We can’t avoid our responsibility to others, and in solidarity we revolt against nihilism.”

Despite not being convinced, I always tagged along. Even in a crowd, being with Brigid was all that I wanted. Yes, she was a beauty, inside and out, but I also admired her spirit and wished I could match her lust for the struggle. As far as I could see, no amount of demonstrating moved the world one iota. Nonetheless, she was never discouraged. My lukewarm attitude probably contributed to an erosion of her feelings for me because one day she didn’t offer to kiss me when we met, and I got the sick feeling in my heart telling me our romance was over. She was my passion and when she confirmed our split, I skipped classes for a week, later lying that I had the flu.

Even now, I think back and shake my head in embarrassed frustration at my pomposity and the certainty with which I spouted on to her about the meaninglessness of life. I probably should’ve told her that she was right all along, but I didn’t.

We remained friends, although our lives took separate paths, and we saw each other less frequently. She went on to law school and became a civil rights attorney for the ACLU in Manhattan. My business major got me a job with a financial firm on Long Island. Before I received one of the two worst phone calls of my life, we both attended a poetry reading at NYU. Afterward, a group of us grabbed a casual dinner at an Italian bistro in Greenwich Village. I sat next to Brigid. Over plates of gnocchi, I learned she had nobody special in her life. I hoped that her flame for me would rekindle, but I received no such sign. We agreed to meet at a Van Gogh exhibition at the Met, and I wrote my cell number on a napkin that she stuffed into her pocket. I should’ve offered to take her home, but I valued seeing Brigid and didn’t want to risk making her uncomfortable by pushing myself on her. If all she wanted from me was a bit of nostalgia for our younger days, that would have to suffice.

I’d just returned home when the Emergency Room of Bellevue Hospital called. Brigid had been mugged not far from the restaurant and been badly beaten. The attacker stole her handbag, and the attending ER staff found the napkin with my name and number in her pocket. Her parents were deceased, and she had no siblings. I jumped into my car and sped into Manhattan. She was in Intensive Care. Although I wasn’t family, the attending physician agreed I could see her, and I trailed his blue scrubs into the room, stopping short, startled at the sight of her. She was unconscious, her face almost unrecognizable, purple and swollen. I felt suddenly queasy and wanted to sit down. I steadied myself by holding on to her bed rail, smelling the strong scent of cleaning disinfectant. The doctor ushered me back to the waiting room.

I spoke to the cop who rode in the ambulance with her. He said, “They haven’t arrested anyone, but the attack appears to be random. Broken fingernails and other defensive wounds tell me she fought back.”

“How badly is she hurt?”

The doctor blew out a breath. “We won’t know the degree of brain damage until she wakes up.”

I wanted to retch.

Brigid’s stay at the hospital was extended, including weeks of physical therapy that continued as an outpatient. Her speech was slurred. She dragged a foot, which she tried to hide, but ultimately was forced to use a cane.

I cursed the bastard who’d hurt her, and myself for not insisting that I accompany her home after the restaurant. When the police questioned her, she gave them a vague description of the mugger. I wasn’t sure if she had memory loss or didn’t want to reinforce stereotypes.

For all she’d given to help others, Brigid was remarkably alone. She took disability, not wanting to return to work or see anyone “until I’m better.” I worried that might never happen. She resisted my fussing over her, but couldn’t live without assistance, so I arranged for a caregiver to visit on a regular basis, and I saw her every day to make sure she was okay.

Spending more time together was what I wanted, but that created another sense of guilt. Had she not been injured, we would still be living separate lives. That I was benefiting from her disability nagged at me. We also learned that talking about our college days got old quickly. I had to create new, common interests, so I looked for opportunities to go to a museum, a park, the theater, or a movie, something we could talk about after. Because her walking was painful and slow, I got her a wheelchair for these excursions, but I could see that needing me to wheel her around darkened her mood.

One day she said to me, “You’re a great friend.”

I appreciated the warmth of her declaration but realized that what was unsaid was that friends were all we’d ever be.

Bravely, Brigid forayed out when I wasn’t around, hobbling along with her cane. I understood that, staying in her apartment, she felt boxed in, but I cautioned her to be wary about her surroundings and to please not go out at night. She made a face to show that she didn’t appreciate my “mothering.”

Commuting daily from Long Island was exhausting, so I got a job in Manhattan and the cheapest studio I could find. Still cost a fortune.

Months passed, and Brigid showed no improvement physically or in her speech. She became less enthusiastic about our outings, and conversations had me doing most of the talking. With a forlorn look, Brigid spent a lot of time staring out the window. She still followed the news about her causes, but on social media rather than in person, still not wanting her former colleagues to “see the invalid I’ve become.” One day, the TV news reported on the latest incident of social injustice and Brigid shouted at the screen.

“When will these bastards be stopped?” She threw up her hands. “What’s the point of all this struggle?”

I’d never heard her curse and realized that she was expressing a lot more frustration recently, even at minor problems. Brigid had never opened up to me about her feelings after the mugging and the emotional impact of her injuries. I began to worry that her psychological scars might be worse than the physical.

The worst phone call of my life came soon after I arrived home from work one Friday. I anticipated heightening Brigid’s spirits with a dinner at a trendy restaurant and an evening listening to jazz at a Greenwich Village club.

An NYPD detective asked me to come to the precinct in Brigid’s neighborhood.

My gut soured. “What’s this about?”

Immediately, I called Brigid’s number, but got voicemail. I jumped into an Uber and arrived at the police station, my stomach churning. The grizzled detective brought me to his desk and puffed out a long breath before he asked, “I believe you know Brigid McDonald?”

He showed me a morgue photo. Brigid’s face was severely bruised.

I drew in a sharp breath as my tears welled.

He allowed me a few moments before asking, “Is this her?”

I nodded, holding back a sob.

He read the question in my eyes, saying, “She was withdrawing money from an ATM not far from her apartment. We have video of her assailant. We’ll get him.”

I nodded, wiping my eyes.

He filled the silence. “I know she was mugged months ago. I won’t describe the details, but this attack was horrific. She made no attempt to defend herself. I’m wondering why.”

He continued. “Unfortunately, these bastard psychopaths become more violent if they sense weakness.”

“She wouldn’t have begged for her life,” I said.

“That would be most people’s response.”

“She knew she wasn’t getting her old life back,” I said. “Living was no longer so precious.”

Joe Giordano was born in Brooklyn. He and his wife Jane now live in Texas.

Joe’s stories have appeared in more than one hundred magazines including The Saturday Evening Post, and Shenandoah. His novels, Birds of Passage, An Italian Immigrant Coming of Age Story (2015), and Appointment with ISIL, an Anthony Provati Thriller (2017) were published by Harvard Square Editions. Rogue Phoenix Press published Drone Strike (2019) and his short story collection, Stories and Places I Remember (2020).

Joe was among one hundred Italian American authors honored by Barnes & Noble to march in Manhattan’s 2017 Columbus Day Parade. Read the first chapter of Joe’s novels and sign up for his blog at http://joe-giordano.com/

WHY WE CHOSE TO PUBLISH “Brigid’s Story”:

In his piece, author Joe Giordano tackles a difficult question: “Is life worth living?” It’s an age-old one, and most of us have surely thought about it at one time or another, either in a philosophical way or in a personal way during challenging times. Many of us have likely known someone who committed or contemplated suicide, and in some cases we’re left with the question of why the person chose to take his or her own life.

The reason we chose Joe Giordano’s piece is that it tackles the question from a different angle. While it’s not in any way an uplifting piece, it’s a resonant one that gives both the characters and the reader closure. And it provides some small insight into that deeply philosophical question.

THE WONDROUS COUTURIER by P.A. Mendez

IF YOU WANT TO BE NICEY-NICE, GO STUDY FLOWER ARRANGING by Amy Cree