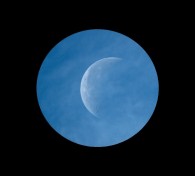 Cam Taylor slowly, slowly pulled his right hand toward his side. The rope slipped through his fingers, letting him drop backward into the abandoned well, spinning. He thrust his hand behind his back and he stopped, though he continued to spin in the dark shaft, dangling from the rope.

Dizzy but pleased, he grinned. Rappelling with a homemade harness was as easy as it looked on YouTube.

He guessed he’d descended twelve feet into the old well. The musty smell from the rocks surrounding him was almost overwhelming. When he gazed up, the afternoon sky was still bright, and the faint crescent moon glowed the same gray-blue. Clearly, he wasn’t deep enough in the well to see the stars. Slowly, slowly, as the grownup in the video had stressed, he pulled his hand gripping the rope toward his side, and he fell deeper into the earth, this time faster. A bit too fast.

He jerked his hand behind him, and he braked, hard. Dirt from the bare rim above peppered his hair and face. When he opened his eyes, Cam heard the dirt spraying the water at the bottom of the well. He stared down but could see nothing. He knew his eyesight was good. Better than good.

Dad would love this. Although Dad would probably want someone watching me.

He looked up and saw the same blue circle of sky outlined in black and the same crooked smile from the crescent moon. Not a star to be seen. Cam frowned.

Promises are to be kept, and I will keep this one.

Cam let more rope slip through his fingers, and he plunged deeper into the well. The sound of his shoes scuffing down the rock wall echoed against the water below. He braked himself more gently this time, and less dirt sprinkled down on him.

Yes. Dad would have approved.

Unlike Mom, unlike his brother, and unlike all the doctors and counselors who squinted at him and asked him useless questions, Dad had never seemed upset at him for not speaking, or not looking at people when he did speak. Nor did Dad ever think it strange that though he could recall the past year’s daily weather, he couldn’t remember where clean glasses were kept when he needed water.

And Dad was proud of his ability to memorize lists and recite them forward and backward. Everyone else weirded out when he did that. So when Dad challenged him to memorize facts about the planets, the stars, and the constellations, he happily accepted. In four days, he’d absorbed the contents of Dad’s astronomy books. The nights when he and Dad peered through the Cassegrain telescope at the alien worlds gliding overhead, or at gleaming pinwheels and frozen firework displays in black space, Dad would beam when he reeled off facts on each heavenly body.

The knot he’d tied near the end of the rope pressed into his palm. He looked up. Cam could not believe his eyes. He was sixty feet below the surface, but the bright blue circle was still there. Though he could not see them, he knew Jupiter and Mercury were approaching the northern tip of the pale crescent moon.

Cam knew where they were because he had memorized the predicted astronomical events for the next twenty years. When Dad was in the hospital bed with the tubes in his wrists, Cam had tried to make Dad happy by reciting that list. When he mentioned that Mercury and Jupiter would appear to vanish behind the moon in the coming summer, Dad had pointed a finger toward the ceiling and said, “I’ve never seen a dual occultation.”

But that morning, when Cam had read the day’s forecast, he realized he would not be able to see the occultation or anything else that night. He didn’t finish breakfast, though it was A. Jay’s Canadian bacon and Irish oatmeal from Harvest Earth. All he could think of was that he couldn’t keep his last promise to Dad. That’s when the idea came to him. The rain would prevent him from seeing the full occultation, but he could at least see Jupiter and Mercury approach the Moon, which was near zenith.

Cam hung in the dark well, slowly rotating. The rope harness was biting into his thighs. He swung his legs and found a place where he could stand. With one hand pressing against the cool stones, Cam loosened the harness. Again, he looked up. No stars.

He concluded you cannot see the stars during the day from inside a well. Cam clenched his eyes. What else have normal people told me that is not true?

When Cam opened his eyes, he watched the shaft of sunlight creep over the stones that lined the well. Its speed astonished him. He had always thought of the sun as not only slow, but glaring, annoying. Now it appeared almost alive, even pleasant to watch.

Minutes later, the sun’s rays no longer penetrated the well, and Cam found himself in darkness softened only by the blue circle overhead. The moon slowly drifted out of view and cirrus clouds appeared, the first sign of the coming rain that would make it impossible to see the stars at night. It was time to climb out.

Cam stopped. He suddenly knew what Dad would do right now. Dad would laugh. Of course he would. Dad often said that when an astronomer gives up because of bad weather, he should never look back. Dad would joke about the “hidden occultation” while packing up the telescope and tripod. Cam shut his eyes in the darkness and imagined the sound of that laughter.

The checklist he’d made at his computer flashed before him. He tightened the harness, then leaned backward and let himself fall away from his foothold, suspended by the rope he had inspected inch by inch.

Climbing was more difficult than rappelling. But Cam had expected that. He scrambled up a few feet while tugging at the slack in his belt. It was hard work. After resting a minute or so he climbed a few feet higher. He was strong. He could do this.

M. C. Tuggle is a writer in Charlotte, North Carolina. His fantasy stories have been accepted in Kzine and Mystic Signals. Two of his sci-fi stories have appeared in Fiction365.

WHY WE CHOSE TO PUBLISH CAMERON OBSCURA:

In just over 1000 words M. C. Tuggle has thought outside the box and given us a well-done story with a main character who sees the world a bit differently and who also thinks outside the box.

The clever title of this immediately piqued our interest. We liked the story, the original version was missing Cameron’s reaction to his disappointment of not seeing the occultation. We contacted the author, and he sent back a revision with the third to final paragraph added, showing how Cameron’s dad would have reacted, and we immediately accepted it.

One comment on “CAMERON OBSCURA by M. C. Tuggle”

IT’S ALL BEEN DONE BEFORE by Jonathan Danielson

THE SPOT HE HIDES IN by Christopher Cassavella

THE EVIL SCARECROW AND THE BONE PIT by Christian Riley

THE JAZZMEN by Rhuar Dean