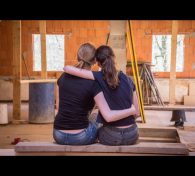 I won’t call my cousin a terrible parent because this isn’t about her. She’s doing her best, but I must admit I would not exactly complain if she were to put her child on a leash.

My used-to-be friend has a child. Her child likes to fight and has gotten into fights frequently in school, on the streets, and even in church. As I recall, her teachers have said that she has “behavior problems” which is code for “will be in jail soon.” I don’t care how that sounds; don’t be upset with me.

Her mother is not my friend anymore because I dared to say something about her child’s behavior. You wouldn’t blame me if you knew her. Anyway, I hope my used-to-be friend finds a way to get some help with her little demon (for lack of a better word).

My niece has a child, can you believe that? You probably can. Her child is actually pretty quiet, thankfully. He is very well mannered. “Yes ma’am, no ma’am, you’re welcome,” etc. I really don’t have any complaints about him. If anything I have complaints about my niece, who is a child herself. You should have heard some of the things she called me when I criticized her decision to have a child. No, I will not repeat them. Children don’t listen to adults these days and they suffer because of it. Nevertheless, her child is a sweetheart.

I have a neighbor. She lives close enough for me to walk to her home. I get some good walking in when I go see her. She and I have grown close over time. We have good conversations. We became friends. She had a child.

Rickey Rivers Jr was born and raised in Mobile Alabama. He is a writer and cancer survivor. He likes a lot of stuff. You don’t care about the details. He has been previously published in Every Day Fiction, Fiction365, Fabula Argentea, ARTPOST magazine (among other publications). Check out some stuff from him here:

You may or may not find something you like there and that’s a promise.

WHY WE CHOSE TO PUBLISH “Children”:

Rickey Rivers continues to impress us with how much depth and emotion—and surprise—he can pack into very few words, just 340 in this case. This is his second time being published in Fabula Argentea. We’re sure that, after reading this piece, you’ll agree that it deserved to be published here. We expect that we’ll see more of his work here in the future.