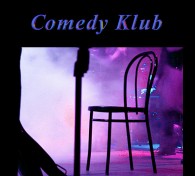 Comedian walks into a joke and says, “How come this isn’t funny?”

The joke says, “At least finish me before passing judgement.”

“You have got a punch line, then?” says a concerned comedian.

So the comedian turns to the audience and resumes the joke. He gets to about here before, err… he gets a bit stuck… spluttering. Desperate, he says, “Where’s the punch line?”

The joke suddenly comes over all angst-ridden and says, “You know what? I’m tired of always having to be funny. I want someone else to be funny for once, I want someone to make me laugh. It’s hell being a joke.”

This sudden lurch toward sincerity strikes a chord with the comedian, who says, “You know what? That’s exactly how I feel. I’m always playing the joker, but there are tears in this clown. Being a comedian isn’t funny anymore.”

“That’s nothing,” the joke says dismissively. “I’m frozen inside. I’m a fake, empty construct of a thing, only existing for others’ pleasure. I get performed over and over by insensitive idiots who care nothing for me. I’ve been relentlessly abused my entire life. You don’t know what real suffering is.”

A little taken aback, the comedian sheepishly looks at the audience before saying, “That was a bit dark. People don’t want to hear your tirade of misery. They want to look on the bright side of things. If people knew what you were really like, you’d never get repeated.”

“Maybe that’s what I want,” says the joke with a histrionic gesture, “to be of no use. To end this misery.”

“You’re a joke, you can’t end with suicide – it wouldn’t be funny.”

“You don’t seem funny,” says the comedian dryly. “You’re long-winded and you don’t appear to be very funny.”

“You haven‘t even finished me!” says the joke, affronted. “And anyway, maybe the reason I’m not coming across as funny is because your timing is out?”

“Show me your punch line, and we’ll see if you’re funny.”

“You sound like all those other bastards – only wanting me for my punch line. Nobody ever sees the real me!” The joke becomes tearful.

Giving a furtive, embarrassed glance at the audience the comedian says, “Don’t worry about it. I’ll apologise to the audience and we can go home.”

“What!?” says the joke incensed. “You’re going to cut me off in my prime?”

“You wanted to end it yourself just now!”

“That would have been my choice. Now you’re talking about murdering me! I thought joke and comedian worked as a team.” The joke gazes wistfully out at the audience.

“I’m not funny? Have you heard yourself? Isn’t that man all over for you – blaming on his jokes the faults of his own humour?”

“But you’re not a joke, and this whole routine is no joke – there’s no punch line.”

Smugly, the comedian clears his throat and turns to the audience: “How many light-bulbs does it take to change a joke?”

Yelling at the comedian, the joke says, “Unfaithful bastard!”

The comedian continues calmly: “What did the spineless self-referential joke say to the punch line?… ‘You’ll be the end of me.’”

The audience look at one another bemused.

Quickly taking over, the comedian retorts, “I remember that differently: A self-referential joke walks into a comedian and says, ‘How can I become a joke?’ and the comedian says, ‘I’ve told you.’”

The audience sit in stunned silence.

Soren James is a writer and visual artist who recreates himself on a daily basis from the materials at his disposal, continuing to do so in upbeat manner until one day he will sumptuously throw his drained materials aside and resume stillness without asking why. More of his work can be seen here: http://sorenjames.moonfruit.com/

Why not publish it? UK author Soren James has delivered a fun piece of absurdist writing quite apart from many of our submissions. It’s imaginatively different. When was the last time you heard a comedian’s material having a conversation with him?