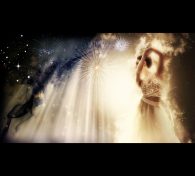 Nan and I sit at the kitchen table. Sunlight streams in through the window, etching the lines on her face. She pours coffee, cradles the cup in her hands and weeps.

Nan reaches for a doughnut, takes a bite, slides it onto a plate. She holds one up for me. I shake my head.

“He told me two days ago. Walked in the door after work, said we had to talk. After the kids went to bed, he told me he was moving out. Wants a divorce. Said he made up his mind. Just like that, for Christ’s sake. I didn’t even have a say in it. Poof.” Nan explodes her fingers apart like a bomb detonating. She looks at me, deep circles under her eyes, shoulders slumped.

I rock my head from side to side. “The bastard.”

Nan is my best friend. My heart hurts, watching her crumble. I take a sip of coffee. Bitter runs down my throat.

“It gets worse, Beth.” She sets her cup on the table, hard. “There’s someone else.”

“He told me he’s in love with her. They’ll start a new life together. Leave the area, begin again.”

Now she gives in to sobs, slides her chair back, paces about the kitchen.

“He doesn’t even care about the kids! He’ll leave them, too!”

“Nan, what the hell are you going to do?” I follow her around as she wipes the counter, the stove top, rattles a pan, flops back on the chair.

Nan stares out the window. She clutches at the edge of the table as though it’s a life raft.

“I’ll move back home with Mom and Dad for a while.”

I nod. That makes sense. Her family is well off. They own a house big enough for Nan and the kids. They live in a small city in Iowa, a town where crickets sing at night. One traffic light. A place to heal. I feel better, knowing her parents will surround her with love and protection from the coming storm.

“You can start again too, you know,” I tell her, struggling to sound optimistic.

Nan reaches for another doughnut, takes swift, angry bites. There’s powdered sugar around her lips, a clown mouth. I wonder if I should tell her. I decide to let it go.

“Yeah, sure,” she says. “Crap, look at me! I never lost the baby weight from having the kids. I’m a mess. Nobody told me I had competition.”

My mouth tightens with pity. I have seen Nan naked. We go to the gym together, spent hours in her swimming pool, swapped clothes in dressing rooms. Her belly sags, stretch marks marching across her abdomen like a picket fence. The babies sucked all the perkiness from her breasts. I have been the recipient of clothes she has outgrown. So many things that once belonged to her don’t fit anymore.

She bows her head. Silver strands are laced in among brown ones. On the wall is their wedding picture. Even then there was a hint of sadness in her smile as if betrayal was baked into the crumbs of the cake as she lifts a piece to his mouth.

“He’s going to walk out of my life, Beth. Just like that.”

I reach over, smooth her hair. “No, Honey. I’m sure he’ll do right by you and the kids. And maybe things will work out,” I say, thinking it never will.

“That’s what he did to his first wife. Said goodbye and waltzed away. Shut the door. KaBoom.” Again, the exploding fingers. Nan wipes tears from her face, smearing the powdered sugar in a slash across her chin. “I guess I deserve this. After all, I was once the other woman myself.”

My cup rattles as I set it down.

“What?” is all I can say, jarred, confused. “He was married before? You never told me.”

She shrugs. “We didn’t want anybody to know. I’m sorry I never told you, but we aren’t proud of it. We wanted a fresh start.”

I stand, walk around the table, wrap Nan in my arms.

“I have to go home.” I hold her a little tighter. “I’m here for you. Know that. We’ll talk again tomorrow.”

She nods, lifts her face to mine.

“You know what really hurts?” Nan smooths her wrinkled robe, fidgets with the button. Yesterday’s oatmeal crusts the corner of her sleeve. She looks older, defeated.

“He told me she is ‘fascinating.’ He finds her so damned fascinating.” Nan winces, words that pierce her heart. In a broken voice she whispers, “That’s what he used to say about me.”

I am swollen with anger and righteousness. “That’s just cruel. So disrespectful. Why did he say something shitty like that?”

She bursts into harsh sobs, throws her cup across the room. It shatters in a hundred pieces, coffee flooding the tile, a tsunami of despair. I try to help, slice my finger on a shard. Blood spatters on her robe, the floor, swirls with the coffee in patterns. She wraps my hand in a kitchen towel.

“I’m so sorry” I whisper, eyes filled with tears.

Nan and I sit on the floor in silence, as the coffee laps at the hem of her pajama bottoms, and cry together. There are no words.

We mop it all up, then I walk home. Dinner will be late. I open the door and walk past the hallway mirror, willing myself not to look, a stranger in my own house.

It’s past midnight, we’re in bed. Spent from lovemaking, my limbs are soft and yielding. Nipples still taut from his mouth, my chest flushed and rosy. I move over, yank the sheet up to my neck, stare at the wall.

Luke lights a joint, takes a drag, passes it. I put it in my mouth, taste him, inhale, blow out with a sigh.

“What’s wrong with you tonight?” he asks, stroking my thigh with his fingertips. We smell like one another, his sweat, my desire. It blends and tracks along the sheets.

Peering up at him, I take another drag on the joint, hand it back roughly, almost burning his outstretched fingers. I don’t want it anymore.

I glance around the room, see the moving cartons in the corner. Take a breath.

“Well, for starters,” I say, “why the hell did you tell her I was fascinating?”

Sharon Frame Gay has been internationally published in over fifty anthologies and literary magazines, including Crannog, Gravel, Thrice Fiction, Lowestoft Chronicle, Fabula Argentea, Fiction on the Web, Literary Orphans and others. She is a Pushcart Prize nominee and has won awards at The Writing District, Wow-Women on Writing, and Owl Hollow Press.

WHY WE CHOSE TO PUBLISH “Fascination”:

We admit that the ending to this one caught us by surprise. The reason we decided to publish this one is that author Sharon Frame Gay so nicely sets up the ending without giving it away. At first this pieces seems to be just one friend lamenting to another that her husband is leaving her. And if that’s all this this had been, we’d have declined it.

But this one is different because it takes us into the ironic. The irony doesn’t come from the fact that Beth is the other woman but from having been called “fascinating.” At the end we realize that Beth is also destined to be discarded down the road.