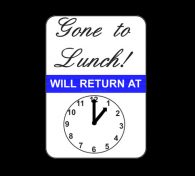 “NEXT!” the woman’s voice loudly called out.

Gorag sighed as he rose languidly to his feet, reaching down to pick up his heavy club. The sight of those razor-sharp spikes poking out of the wood, devoid of any blood, only served to deepen his morose mood. How many years had it been since he’d bludgeoned someone to death with it? Five years now? Ten? Coming to the human world had been a terrible mistake.

There was no work here for an ogre.

He navigated through the crowded waiting room, past other ogres and imps, a loud and mischievous family of goblins. The dark elf by the door gave him the evil eye. He was sitting there sharpening a nasty-looking blade, and Gorag wanted to take it from him and shove it into his throat. He didn’t, though. That would get him sent to prison again, and he didn’t want to go back.

He stepped inside the office. The man seated behind the desk looked bored and impatient, glaring at him over the top of horn-rimmed glasses. His shirt and tie were rumpled, his suitcoat slung hastily over the back of his chair. He had a professional-looking leather binder in front of him, opened to a blank notebook page.

“You people are never in any hurry, are you?” he said. “Always claim to want a job but never want to work for it.” He gestured toward the empty chair across from him. “Sit down, moron. You’re making me late for lunch.”

Gorag resisted the almost overwhelming urge to smash the little man’s head in and took his seat. He set the club on the floor next to him, still within easy reach should he need it.

“What’s your name?” the man asked.

“Gorag.” It came out a deep inhuman rumble, almost a growl.

“Another stupid name, huh? Figures. Well, Gorag, do you have a résumé, or are you just wasting my time here?”

Gorag reached into his pocket, pulled out the crumpled paper, and slid it across the desk.

The man just stared at it for a few seconds, then shook his head. “Why am I not surprised?” He jotted something down in his notebook and then slid the paper off the desk and into the trash can. “Let’s try a different approach. Tell me about your skills.”

Gorag thought about it. What was he good at? “Gorag smash,” he said. “Gorag kill. Gorag crush puny knights into mush!”

He stared blankly at the man.

“Can you pilot a fighter jet? A drone? Can you fire a sniper rifle?”

“See, Gorag, these days you need intelligence and technology to fight a war. Not that thing.”

Gorag looked forlornly down at his club, thinking of days gone by.

“How are you with computers? Are you skilled with Windows products?”

“I’ll take that as a no.” The man jotted something else in his notebook. “How are you with finance? Do you know anything about banking or investing?”

“Hmmm… I’ll put that down as professional bank robber.”

“How are you with customer service?”

This time Gorag didn’t answer right away. He needed to get this question right, come up with the perfect answer. No more mistakes. “Gorag good at customer service. Gorag… like people.”

The man looked askance at him. “Really? Gorag likes people?”

He nodded his head excitedly. “Yes!”

“Likes people… to smash into mush?”

“No!” He shook his head vehemently. “That old Gorag. New Gorag like people. New Gorag good at customer service.”

A sly smile spread across the man’s face. “So it wouldn’t upset you if an irate customer called you a shit-smelling ape with cotton for a brain?”

Gorag felt the fires of rage igniting within him. He fought to keep his cool. “No. Customer good. Gorag like customer.”

“What if he said you were too stupid to flip burgers and your mom smells like a goat?”

Gorag caught himself glancing down at his club, straining against the need to pick it up. “Gorag okay. Gorag still like customer.”

The man leaned across the desk toward him, smiling in a way Gorag didn’t like. “What if he said you eat horse shit, sleep with your sister, and couldn’t beat a gremlin in a fair fight?”

Gorag flew out of his chair, toppling it over. “GORAG SMASH CUSTOMER! SMASH HIM TO MUSH!” As soon as he did it, he felt foolish. It was the wrong answer again.

The man smirked and began scribbling furiously in his notebook. Gorag leaned over the desk, trying desperately to see what he was writing. But the man just appeared to be doodling obscene pictures of naked women. He saw Gorag looking and quickly closed the binder.

“So you’re ill-tempered, poorly skilled, and hate people.” The man smiled. “I’ve got the perfect job for you!”

Gorag took a few moments to do nothing, not even trying to appear busy. He looked out at the roomful of customers. The line snaked its way between the dividers and out the door, a massive, petulant, multi-headed creature, here for the sole purpose of making his life a living hell. He wondered if this was a human conspiracy: send every obnoxious person in the world to him at once. He wanted to go home. Instead he loudly growled out the word “NEXT!”

The little old lady took her time coming over to him, pushing her walker in front of her and driving him insane. Why were the wheels making that awful sound? And why did she smell like cheese? When she finally reached him, she took another five minutes to pull something out of her gigantic purse, then slid it across the counter. “I want to get my… my… my license renewed, young man,” she said, squinting at him.

And that was all he could take.

Gorag reached under the desk, almost grabbed his club, but instead he pulled out a sign and put it down in front of her. “Customer come back later. Gorag on lunch.”

Gorag felt proud of himself as he walked away from his station, leaving the customers to grumble among themselves.

He was acclimating to the human world quite nicely.

David Anthony was born and raised in southwest Michigan but now resides in the Seattle area with his wife and daughter. Having been a fan of dark fiction all his life, he now writes horror, sci-fi, and fantasy of the darker varieties. His stories can be found in several anthologies and magazines, including “The Thing in the Corner,” published in Lovecraft eZine, issue 36, and “Walpurgis Night,” published in Monster Hunter: Blood Trails. Find out more about him and his work at: www.davidaanthony.wordpress.com

WHY WE CHOSE TO PUBLISH “No Work For An Ogre”

Fantasy plus humor keep the reader enough off balance in this piece that you don’t see the ending coming. Even the last scene had us expecting to see Gorag finally lose it, but author David A. Anthony very nicely surprised us and made us laugh.

2 comments on “NO WORK FOR AN OGRE by David A. Anthony”