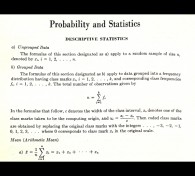 “It’s my last day tomorrow,” Lalita says, playing with the free end of her sari. She looks straight ahead instead of looking at the man sitting next to her on the couch.

Prem nods, stirring the sugar in his tea. “Have you decided what you will do?

Lalita tries to keep her voice quiet and casual, but her hand shakes slightly as she picks up her tea cup. “Have you decided what you want to do?”

“It’s not about what I want, Lalita.”

“I’m not your student anymore.”

“It’s not just about that.”

“Do we really need to go through this?”

Lalita places her tea cup back with more force than she’d intended. “Yes, we do. You’ve avoided talking about this for years, Prem. I graduate tomorrow. I want to know what you feel.”

“I’m twenty years older than you.”

“So? I’m not a child. I’m thirty years old. Age doesn’t matter as it did when I was twenty. It’s about compatibility, Prem, and we have it.”

“Compatibility is a good basis for friendship too.”

“Is that what you want? A friendship.”

“We are at different stages of life. I’ve already done the things you are going to do. Age is not just a number. It means I have twenty years of experiences that you don’t have, hindsight that you don’t have. It’s not the same view of life, Lalita, at thirty and at fifty.”

“So how come we spend hours talking to each other? And why is it that whenever we talk, about whatever, time runs out but words never do?”

“I don’t know. I don’t understand this connection we have, that we’ve always had.”

“But we want different things. I want to focus on my career, and travel the world,” Lalita says.

“You should do those things.”

“And we have both waited too long to compromise with our dreams. I already compromised enough, married the guy my parents wanted me to marry, and now I am left with nothing. You waited for the right time, right person, right whatever… and it’s too late to compromise,” Lalita says sounding out the arguments she has so often played in her head, the arguments she knows her friends and family will voice if they ever learn about her feelings for Prem.

Prem nods. “We are not compatible in what we want.”

Lalita takes the tea cup from him, places it on the table, and turns towards him.

He leans closer, hovers an inch away from her. Lalita knows why he is hesitating. If they cross this line, there will be no going back.

Then, Prem kisses her, and she forgets why it is crazy for them to be together. A fifty-year-old respectable, tenured professor, with a thirty-year-old, post-graduate divorcee. Both from different castes.

When they finally break apart, they sit there for a while, just looking at each other. Prem’s fingers caress the space between her thumb and forefinger, as if he can’t bear not to touch her, now that he has.

Finally, reluctantly, Prem lets go and leans away from her. “Lalita, we shouldn’t have. I mean…” he trails off, and his expression is a mixture of desperate longing and utter confusion.

“There are four possible outcomes,” Lalita says, aware that it will annoy him to have his professor-talk used against him.

She holds up a finger. “One. You will take the coward’s way out, tell me we should go our separate ways. Because you know that if you allow me to be a regular part of your life, in whatever way, you will become attached to me. You will care about me. Because you know you can offer me the one thing that makes you feel better about yourself.”

Prem smiles. She knows that reluctant smile. It shows her he likes her cheeky attitude. “What’s that?”

“You can be the manly man, knowing that a strong woman is able to lean on you. Of course for that to happen, you will have to open up to me, risk being vulnerable, the thought of which may lead you to choose the option number one.”

Lalita holds up two fingers. “We will find a way to be just friends, and make it work even if we get romantically involved with other people.”

“The last two options are kind of entwined. After getting to know each other, outside the academic context, we will explore the connection we have, throw caution to the wind, and become involved, which will either end in option three, which is heartbreak after a wild, passionate affair, or in option four that we will actually make it work.”

“Do you have odds on each of those options?”

“I was never good at statistics.”

He takes her hand, kisses it. “I was told once, by a bright, young woman, that one shouldn’t always focus on the numbers but on the data behind them. And why the low numbers didn’t necessarily mean red light but were a sign of few people who succeeded against the odds.”

Lalita rolls her eyes. “She wasn’t that bright. She had a disastrous, arranged marriage, just to make her parents happy.”

“She was, and is the brightest and the most beautiful woman I’ve ever known. How about we take her advice and lay all our bets on number four?”

Lalita smiles and squeezes his hand. “And play to win.”

Prem squeezes back. “Play to win.”

Dolly Garland is a writer and a poet based in London. She is the author of Journaling to Self-Awareness in 30 Days, and the founder of Kaizen Journaling. She loves reading, travelling, and experimenting with personal growth techniques.

WHY WE CHOSE TO PUBLISH “PLAYING AGAINST THE ODDS”

We receive a number of “relationship” pieces every month, but few of them actually study the relationship as this piece of flash fiction does. In under 1000 words, author Dolly Garland has not only shown us the relationship, but she has also given us an interesting and logical insight into what ultimately makes a relationship work. We found it charming and refreshing.

CALL ME TOM by Heather Boyd

AUTUMN’S NIGHT by l. a. James

THE READING TEACHER by Nick Wolven

COFFEE IN THE AFTERNOON by Christopher Chinchilla

PLAYING AGAINST THE ODDS by Dolly Garland