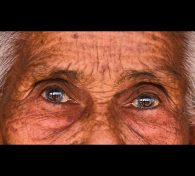 “Why’re you standing here, Ma?” Suman stepped onto the balcony. “You know this polluted air aggravates your asthma. Come inside.”

Suman gasped. A hundred and twenty miles away, through the sky suddenly clear, wide gleamed the blue-white Himalayas.

The Nike tee shirt Arnab ordered hadn’t been shipped. Neither had Rumi’s D&G aviators. Slaving all day, Arnab and Rumi had fallen into ordering something every evening. Something to look forward to.

Home now, across their office-desk, Arnab glanced up at Rumi. A smile hesitated at Rumi’s lips.

Girish ran off. Grandma approached the air-purifier. “Let’s turn this off now, daughter. This burns electricity. Dirties other people’s air.”

Arnab brought the chamomile tea to Rumi at the window-seat. She’d had chamomile tea every evening for seven years. He’d just learned this.

A bird landed near her. Mynah? No. Coucal.

How could she mistake it? She’d been a birder. A lifetime ago, she’d seen coucals here in Bangalore.

The government had promised more buses. More bus routes. So that the cars that’d left the streets could stay off. So that Grandma could keep watching the Himalayas from the balcony in Jalandhar.

Simran bought another air purifier. She changed out Grandma’s anti-pollution mask, and Girish’s, every week, now.

Arnab and Rumi had promised: dinner together. Weekends together. They’d bought this house together. Now, they’d conceived a baby. They’d stopped ordering shiny things online. Arnab had started missing Rumi when she nipped from their office desk to the bathroom.

Blood-red tomatoes withered on the vine. Parthenium reclaimed everything.

Between Grandma and the Himalayas, gray-brown skies fell again. Herded back indoors, Girish demanded an Xbox. In her Audi, Suman grew reaccustomed to zero visibility.

Again, lovers became strangers. We moved out. Sold our houses. Married our colleagues.

Coucals and bee-eaters disappeared. For good, this time.

We made promises. But old habits reclaimed us.

Amita Basu is a cognitive science PhD candidate. Her fiction has appeared or is forthcoming in Flash Fiction Magazine, Kelp, Gasher, Fearsome Critters, The Bookends Review, Potato Soup Journal, Star 82 Review, Proem, St. Katherine Review, Entropy, Muse India, Dove Tales, Novel Noctule, and The Right-Eyed Deer. Her nonfiction has appeared in The Curious Reader, Deccan Herald, Qrius, Countercurrents, and Parent Edge. She is working on a collection of literary short stories, and a mystery novel about art. She lives in Bangalore, India and blogs at http://amitabasu.wordpress.com/

WHY WE CHOSE TO PUBLISH “Promises”:

As you might expect, we’ve received (and continue to receive) quite a few submissions that deal with various aspects of Covid-19.

But author Amita Basu uses it only as a backdrop to deal with larger issues of human nature. This is what gives her piece universality that takes it beyond one current event, and that’s precisely why we chose it.

2 comments on “PROMISES by Amita Basu”