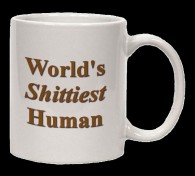 At 3 p.m. Jerrod and Mark made an executive decision to start the weekend early. Since it was Wednesday, they weren’t sure if the day could technically be attached to a weekend, but it was an excuse to break out the expensive Pappy Van Winkle Mark had received as a Christmas gift. Their motivation to start the ad agency had been to meld their love of partying with a quasi-profession, so the logic seemed sound. Splashing liberal pours into two coffee cups—one featuring a Starbucks logo and the other emblazoned with World’s Shittiest Boss—they adjourned to the tattered couch that consumed the corner of Jerrod’s office. The space was cluttered with empty beer and wine bottles and easels propped with storyboards for their new campaign for Maybach Vacuum, a client they’d recently signed. Mark recognized a flattened Styrofoam container from a lunch two weeks earlier, a bulbous insect traversing the brown, wilted lettuce leaking out the side.

“So are you?” He waved a crooked finger at Jerrod.

“Am I what?” Jerrod swished the smooth Pappy cheek-to-cheek, as if tasting fine wine. Bourbon nirvana.

“Fair point.” Mark nodded. “I appreciate your modesty. Do you think we have a brilliant idea on this one?” He motioned at the Maybach ads.

“Well, I’m disappointed you rejected my tagline “Wow this sucks,” but we’re close. Karen’s idea of the dog getting vacuumed-up could go viral.”

“There’s a call for you,” Jerrod’s assistant interrupted. “Some guy says he’s calling regarding your ex-wife.”

“Thank you, Sugar Tits.” Jerrod smiled, reaching for his headset. “Put it through.”

Jerrod grimaced. “She’s incredible.” Then refilled his cup before answering the phone. “Jerrod Wilkins here,” he said in his best fake Michael Caine accent. He listened, then winked at Mark. “Tom, let me see if I understand. You’re getting engaged to my ex-wife Sheryl, and you’re looking for a reference? Wow, unusual, but smart. Who knows more about a woman than her ex-husband? Happy to help. Kind of a “man code” thing. What would you like to know?”

Jerrod paced as he listened. “Tom, I assume our conversation is confidential? Ok, thanks. First, she’s a wonderful girl. Congratulations! But I guess we should deal with the troubling stuff. I’m assuming she told you about the addiction issues? No? Nothing about the Percodan, and the shopping thing? She didn’t mention that? I’m surprised. I hope she’s kept up the counseling. Tom, she really needs to see someone at least once a week.” He smiled at Tom’s response. “Well, the worst was the middle of the night,” Jerrod continued. “She gets that horrible insomnia, followed by the nightmares. Wow. Sometimes I’d wake up and she’d be screaming, and when I’d try to calm her, she’d punch me. I sure don’t miss those bruises and black eyes. Then she’d wake up, pop a few pills to settle herself down, and start the online shopping. Poor girl didn’t remember what she’d bought until the credit card bills came rolling in. Almost bankrupted us. She’d order all kinds of weird stuff: a three-thousand-dollar steam cleaner, horse grooming tools, two hundred Omaha steaks. One night she even signed up to be a Scientologist.”

Jerrod sat down, listening to Tom’s response. “Uh huh, I understand your concern, but that’s really the worst of it,” he continued. “If she could get on top of the sleep, drug, and money issues, she’d make a perfect wife. I’m curious, what did her first two husbands say? What? She didn’t mention them? Whew, sounds like you guys need to have a heart-to-heart.” Jerrod pantomimed “crazy” as he pointed at the phone. “No, unfortunately I don’t have their contact info. Last I heard, her first husband was still in jail. Sure, sorry I couldn’t be more help. But I wish you guys the best. Goodbye.” Jerrod pulled off his headset and flung it on the desk.

“I’ve known you fifteen years,” Mark said, “and as far as I know, you’ve never been married. Do you have an ex-wife you forgot to mention?”

“Nope,” Jerrod answered. “Could you really envision any woman marrying me?”

“Not really. At least not one that speaks English and wasn’t being compensated. So who’s Sheryl?”

“No idea. But my guess is she was married to the other Jerrod Wilkins that lives in Portland. Ever meet him? He works at Standard Insurance. Sometimes people get us mixed up.”

“And you decided to ruin a potentially beautiful relationship between two strangers as some kind of joke?” Mark said.

“I prefer to think I did Tom a favor,” Jerrod replied. “I’m not a big fan of the marriage thing. Monogamy’s unnatural. Someday he’ll thank me.”

“You know, you might be underestimating your true shittiness,” Mark said. “Maybe that cup should say World’s Shittiest Human Being.”

A refugee from the advertising world, Timothy O’Leary was a finalist for the Mississippi Review Prize and Washington Square Review fiction awards. His stories and essays have been published in Lost River Review, Talking River, Heater, Fabula Argentea, Mulberry Fork Review, Gravel, the anthologies And All Our Yesterdays and Theatre B, and many others. His non-fiction book, Warriors, Workers, Whiners, & Weasels (Xephor Press) was published in 2006. He received his MFA from Pacific University, and resides near Portland, OR. More information is available at www.timothyolearylit.com.

WHY WE CHOSE TO PUBLISH “Regarding Your Ex-Wife”

Not only did we find this piece amusing, but we could imagine such a story actually happening. This is Timothy O’Leary’s second appearance in Fabula Argentea (“Everyone Loves Meat Loaf” in issue 11). In this day, when too much writing seems to focus on the serious and depressing aspects of “the human condition,” we find such excellent humorous writing all too rare. We latch on to it when we find it, and we’re pleased to present this well-wrought story with several other pieces of humor in this issue.