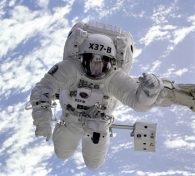 Thank you for your interest in being a candidate for the exciting new X37-B terraforming project, heretofore referred to as Dirty B. We regret to inform you that we cannot take you on as one of our candidates. While your career up to this point has been impressive, being a Master of Ceremonies at a five-star strip club does not translate to the groundbreaking actions our candidates will be taking on X37-B. Nor does a degree in puppetry. And while your position as a ticker tape roller was, we’re sure, stimulating and good for hand–eye coordination as you state, we do not see what skills would be transferable to terraforming.

Furthermore, it appears you have a different definition of “plowing” than we’re looking for. The definition we’re referring to involves turning, tilling, or furrowing soil. In other words, our terraformers are going to X37-B to prepare the soil for crops that will help to provide oxygenation and to get the planet ready for future colonies to settle on. Therefore, candidates will not be “getting plowed.” That would be dangerous. We assume you’re actually referring to drinking alcohol to the point of inebriation. This is unacceptable. Also impossible, as we will not be sending rations of alcoholic beverages with our terraformers. At no point would this be necessary.

When you say, “I’ll be your man on the ground, digging up the dirt,” it doesn’t sound to us as if you’re actually talking about terraforming. Perhaps we misunderstood. There will be no need to spy on other candidates, and we certainly are not interested in gossip. A major project such as this one requires trust in those with their feet on the ground, which is why we must vet our candidates so thoroughly.

Speaking of which, your references were lackluster. “Your mom,” for instance. Consensus found none of our moms knew of you. This was a, pardon my saying it, sad attempt at familiarity that did not exist. What we’d like to see are job references, for the most part, or letters of reference that tell us about any of your personality traits that might be complimentary to this position. The president of the United States was also completely unaware of who you were. As were the various actors and political figures you listed. As we’re sure you’re already aware, we cannot check references with Lucifer or Jesus. Some would say these are not real figures to begin with.

When you say you’re excited to begin littering in a whole different solar system, we have to wonder whether you, indeed, understand any part of our current mission. The hope is to not screw up an additional planet. Our terraformers will be learning how to reduce, reuse, and recycle everything they utilize. Even their waste. There will not be “galactic garbage dumps” or “solar sewers,” at least not in the way you seem to be referring to.

In answer to your inquiry as to whether you would get to “Vader that shit up,” we’re not entirely certain what you’re referring to, but we’ll take a stab at answering the question. The space suits will be white with rust-colored embroidery, and will be self-contained in terms of oxygen, waste, and humidity. They are far quieter than that shown in the films you referenced. Also, the space ship is only a one-way transporter, and it will not be round in shape. In addition, there are no “space lasers” or “death beams,” as we do not feel weapons are necessary for this particular mission.

Finally, and most damning of all, is this sentence: “I’m down to get some multi-breasted, tentacle alien poontang and breed superhumans to take over space.” Firstly, X37-B has no life forms. Not even insects. Therefore, there will be no opportunities to meet aliens. Secondly, the fact that this is a top priority for you, as shown by the fact that it was your first line item, is a major cause of worry for the committee. Frankly, any attempts at getting poontang, alien or human, will be frowned upon. Your attention is expected to be on your work, not on fulfilling your biological desires. And we are not looking to repopulate space. In fact, for all we know, actual mating with alien life forms could be harmful to one or both of the involved parties, and any offspring that might come of such a union could be in danger.

We wish you good luck in pursuing other career options, but feel terraforming is not for you. Thank you for your time and expression of interest.

A fan of all things fantastical and frightening, Shannon Lawrence writes primarily horror and fantasy. Her stories can be found in anthologies and magazines, including Once Upon a Scream, Dark Moon Digest, and Space & Time Magazine. When she’s not writing, she’s hiking through the wilds of Colorado and photographing her magnificent surroundings, where, coincidentally, there’s always a place to hide a body or birth a monster. Find her at www.thewarriormuse.com.

WHY WE CHOSE TO PUBLISH “The Rejection”

Shannon Lawrence’s humorous rejection letter is pure fun in 800 words. “Your mom” was one of our favorite lines.

11 comments on “THE REJECTION by Shannon Lawrence”