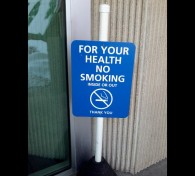 It had always bothered me, the smell of smoke, for as long as I could remember. It didn’t matter what kind of smoke: cigarettes, wood-fires, matches, they all made me feel antsy, full of energy desperate for an outlet. Other smells bothered me too, but none gave me such intense reactions.

One of my earliest memories was learning that a smoker couldn’t actually smell her own cigarettes, nor how her own body smelled afterwards. So naturally, I tried to become one. I’d have tried anything to deaden my sense of smell. I would inhale, as deeply as I could when I lit up. And I lit up as often as I could, sneaking out from school whenever possible. It didn’t take long before I was feeling the addiction, and I couldn’t have quit even if I’d wanted to. But I didn’t want to quit. I’d succeeded. I couldn’t smell the dreadful smokiness anymore. Glory hallelujah! My mother cheered me on from her iron cage; my teachers despaired of ever reaching me, the problem child with that mother. You know, the crazy one.

Long years passed with me as a happy, smell-free smoker. But nothing ever lasts. There came a day when the mood of the people changed and a whole slew of smoking bylaws went into effect. One after another, my favourite smoking spots disappeared. First, businesses, like banks and movie theatres and malls, then restaurants, lost their briefly held smoking sections, bars and taverns following their lead. I stood outside doorways commiserating with others of my ilk. We’ve been pushed aside, we complained to each other, we have rights too.

Doctors began encouraging their patients to quit the ‘filthy’ habit; prescriptions abounded, paid for by governmental agencies, all in the name of health. Health? A likely story, one for the masses but not for me. I was a different breed. I refused all their blandishments, insistent in my right to smoke, my right to destroy my olfactory nerves.

Signs went up in my neighbourhood store; age restrictions were put in place; packaging soon included horrific pictures of what I could expect in my future if I didn’t resist, didn’t quit. I stiffened my backbone and held firm, one of a shivering minority.

I knew the results far too well—better than they—if I quit. I couldn’t let it happen. My mother committed suicide after long years in her iron cage, still angry, still insistent she couldn’t help it. She wasn’t a monster, although demonstrably, she was to them. My warning of the future, as if I needed one: I would not be the same as my mother.

More severe access restrictions were put into place. The age of consent went up. A doctor’s note was now required as proof of an inability to quit after numerous attempts. I forged my doctor’s hand—I had never attempted to quit—and I continued to inhale, inhale, inhale. I needed no-one’s permission but my own and my dead mother’s example.

But I was winning—despite all the restrictions—I was winning. My neighbourhood store received special dispensation to carry my brand as they removed all the others from the shelves. First one tobacconist, then another, went out of business, their incidentals not incitement enough for customers to enter. A black-suited city politician visited me at my home, begging me to stop. He was only the first, being followed by another level of government, then another and another. All the neighbours peered out of their doors the day the leader of our country came to ask me, in person, why I wouldn’t stop. Didn’t I know that I was the last one? I told her the truth: it wasn’t safe. She took her sad face away, followed by the holo-cameras and journalists.

The empty shelves were filled with other items for sale; my personal restricted substance was relegated to a small, sturdy lock box from which I received my weekly supply, upon supplying my ID, as if the man behind the counter didn’t recognize me—he’d only been interviewed numerous times about why he thought I continued to flout society’s dictates.

Each time he unlocked the safe, I checked the quantity that remained. I hoped it would be enough.

People pointed me out in the streets, staring, whispering behind their hands. I waited for my doctor to admit that he’d never signed my permission letter, that I’d never attempted to quit, but he passed away quietly one night, leaving at least one of my secrets in peace. I wondered how long this could last. I could feel my time slipping away. I was growing older.

I hobbled my way to the store. The man’s son now held sway behind the counter, and I held out my ID for his perusal. He shook his head—no more. The strong box was open, emptied of its contents.

I exited the store, pulled out the last crumpled package, and looked inside. One left. One last cigarette. I lit it and inhaled, only then noticing the holo-cameras and reporters clustered around.

I laughed, and waved the burning stick at them. They’d regret being here soon enough. I enjoyed that last one, pulling deeply on each inch of burning herb, trying to get the fullest effect possible.

On the way home, I could feel my olfactory nerves already beginning to regenerate, could feel the strength returning to me. I dropped the now unneeded cane, straightened my crooked spine, vertebrae crackling back into place. I had always been a fast healer. It was only the nicotine that had aged me prematurely. Without its influence my natural appearance reasserted itself.

It was over. I’d tried my best, but these foolish people had stopped me, denied me what I needed to help me resist biology’s imperatives. They deserved what they got.

My mother had told me to blend in and I’d tried my best, but without that toxic and gaseous barrier, my body healed. My vision sharpened, my nails lengthened into their natural hard points, my synapses rapid-firing into crystalline thoughts. I could feel the nicotine and poisons leaving my system, leaving me to be what I was born to be. As a youngster, I could resist it somewhat, but as an adult, the urges were too strong, the cravings too intense to stave off. And I’d never practiced holding them off. I’d always hidden the compulsions behind a veil of smoke.

I was strong, very strong. I needed to be to sate my bloodlust, the murderous rage unleashed by the scent of burning fuel or scorched sand or melting rubber; the atmosphere was filled with heat and transformation in all its myriad permutations. Filled with smoke.

I took a deep breath and let the change begin.

I have lived in Toronto for most of my life where I am currently at work on my second novel. I will be published in an upcoming issue of Mused@bellaonline.

WHY WE CHOSE TO PUBLISH “The Smell of Smoke”

In The Smell of Smoke the author takes us on a journey to an amusingly imagined—but not so unbelievable—future. My wife, being an ex-smoker, immediately identified with this piece. We’re sure our readers, be they smokers, ex-smokers, or non-smokers, will find it as entertaining as we did.