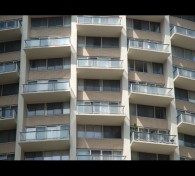 There wasn’t anything of the sort.

Violet placed the receiver next to the phone while pouring a drink into a glass.

She didn’t hang up.

A voice came from it asking if she were still there.

She tossed the warm, brown liquid to the back of her throat.

She swallowed audibly then repeated.

She stared into nothing while the liquor made a trail into her belly that exploded into heat.

His words were still in her ear.

An echo in a cavernous abyss.

Her eyes closed with the weight of them.

They opened on the day they met.

He had glided through the office like a clipper ship, the strong gusts of success propelling him forward. All the girls at the office noticed him right off; he was the mold for tall, dark, and handsome.

She tried not to show her interest when he approached her desk asking for Mr. Levingston, her boss. But the wide, stupid grin she felt spreading across her face betrayed her.

“I’m Mr. Matthews, here for Mr. Levingston. I have an appointment.”

She looked up at him, stuttered, composed herself, then started again.

She pushed a button on the intercom on her desk.

The voice from the box said to show him in and so she did. The man called Mr. Matthews breezed past her as she held the door open. He looked back at her as her boss rose from his desk to shake his hand.

She closed the door. The man who would be her lover filled the gap with a wry smile over his shoulder until the tumbler clicked home.

She was typing a memo when he came out with her boss guffawing with an arm over his shoulder.

They shook hands, and her boss had her schedule another meeting. He went into his office still guffawing, leaving them alone at her desk.

“Looks like you’ve made a real impression,” she said.

They both laughed at that, and he suggested they should have drinks sometime over dinner.

She agreed with the suggestion.

What followed was… they.

They made love every chance they got.

They spent countless weekends with one another.

They laughed and laughed.

They said they loved one another.

Every June there was a company picnic. Invitations went out.

Every June her boss would task her with typing, then mailing, these invitations.

Every June she was given a list of names.

She came across two names that careened into her mind like a runaway train.

She lived on the twelfth floor of the Wilshire Apartments downtown.

She set the glass down and walked across her living room, her bare feet sinking into the carpet.

Her blonde hair trailed behind her in the warm summer gusts coming through the open window.

A man’s voice was still on the phone asking if she were there.

There was panic in the voice.

Violet landed on a ’57 Ford coupe twelve floors down.

An invitation for Mr. and Mrs. Leonard Matthews in her hand.

“Write the truest sentence that you know”—Hemingway

I endeavor to imbue these words into everything that I write. To cut to the center of a thing. I have written off and on my whole life. I was born abroad but live here in America now.

WHY WE CHOSE TO PUBLISH “Violet”:

“Violet” is one of two stories by C. N. Perry in this issue. We normally publish only one piece per author in a given issue, but the two fit together, and it seemed a shame to break them up.

C. N. Perry’s terse writing style is perfect both for the form—flash fiction—and for the subject. The many single-sentence paragraphs break at least one rule of writing, but we strongly believe that one should break rules when the story demands it. And the stark nature of this piece does demand it.

Therefore, we say “Bravo!” to an author who truly understands the needs of the story.