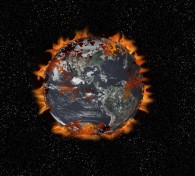 I, former Pilot Astral-Class 2 Deshana Renecki, ungraciously denied the opportunity to address the audience who will watch me die, resort to this outdated form of communication, hoping someone will eventually discover it. I owe everybody an explanation, even if they don’t want one.

To say my decision was impossible is an understatement. Not “should I keep the baby or leave it on the father’s doorstep?” impossible, but literally, legitimately impossible. Do I flip these ten levers? Do I turn the red dial? If I fire this God-almighty missile they warn us about from the day we first see our ships to when we speed off in defense of the human race, what will they say when I blow up the moon?

It was a terrific crisis, made for heroism. Terrorist groups from across known space convocating on the moon. Hundreds of thousands of wild-eyed madmen and madwomen meeting at that beautiful, barren rock. The reason we went into space so many years ago. The reason we fought amongst each other to do it first.

My ship was alone in the sector because everybody else obeyed orders. I might have too if Admiral Cargones wasn’t being an exceptionally blithering asshole that day and I hadn’t turned off my monitor before he could issue my assignment. So I floated around, wasting fuel and turning loops when the alarms went off. Countless ships flew by and touched down. Somehow they missed me. I wouldn’t miss them.

Once I was certain the last ship had reached the moon, I put the whole affair between my crosshairs and that’s when my hand froze. A tactical strike on what was essentially a monument to human exploration seemed mildly sacrilegious. I weighed my options, balancing the past against the future. My child wouldn’t grow up in the past, so I mashed one last button and gave the long-unused missile a target.

With no reason to lie, I’ll concede it felt damn good to shoot off that warhead. I could already imagine the parades being thrown, medals hanging off me, and Admiral Cargones shaking my hand, saluting, apologizing for every hurtful thing he’d ever said.

Unfortunately for my celebration and I, empty space is neither empty nor spacious. Between targeting the moon and firing, an asteroid had the nerve to float in the way. It wasn’t big enough to detonate the missile prematurely but sufficient to alter the course. The missile gently arced past the moon, and headed for Earth.

I wasn’t really worried. Earth’s atmosphere would burn it up, or break it apart. Something would happen before the missile made landfall. When cracks started to appear, I assumed I was just pressing my face too hard on the glass. It couldn’t have been the planet crumbling. Cracks that size from here would be massive down there.

The explosion wasn’t silent. I screamed until my throat nearly ruptured when Earth shattered into big, then smaller and smaller, pieces until they were fine, glittery dust. Was I screaming because of the sparse bands of humans who still lived there? For all the indigenous animals and plants? Of course not. My scream was for me. A selfish, childish howl. I was mad, scared, and a billion other things, but it had nothing to do with the people I killed or the planet I obliterated.

The rest is public record, because you don’t nuke the homeworld without everyone noticing. And Cargones’s testimony against me was absolutely poetic. If I were the judge, I would’ve hanged me right in the courtroom.

He did fail to mention that my decision, however destructive, was successful. Earth’s explosion sent the moon spinning out of orbit, right into the sun. I never heard real numbers, but close to a million terrorists had to have died. Although that wasn’t considered during sentencing, I’m not bitter. I have the satisfaction of knowing I tried to do the right thing.

I admit my actions openly, or I obviously wouldn’t have gone to all this trouble. What others should learn from me is that time doesn’t stop just because you have a tough choice. One less second spent pondering and I’d have a statue instead of a cell.

To my son, Doben Cargones, I encourage you to believe most of what your father says about me, but not all of it. Nobody is quite as insidious as the Admiral claims. At least you don’t have to worry about making the same mistake I did. Earth can only be destroyed once.

When he’s not out defending the virtue of a publicly traded, multinational corporation, Samuel Barnhart writes flash fiction from his humble estate in South Florida. Despite Ms. Renecki’s insistence, this is actually the second time Sam has destroyed the Earth. In a story, anyway.

WHY WE CHOSE TO PUBLISH “Written Immediately Preceding Execution”:

Author Samuel Barnhart not only understands the subtleties of the flash fiction form, but he’s also an excellent storyteller. We appreciated the dark humor in this piece as well as the ironic surprise at the end. Beyond that, our reasons for publishing this should be obvious: it’s a wonderfully imaginative piece of writing.